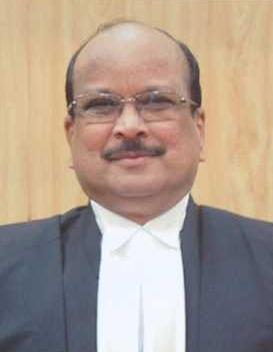 Born on 20.02.1951 at Machilipatnam, Krishna District to Smt. Subbaravamma and Late Sri Sastrulu Naidu. His late father was a District & Sessions Judge.

Enrolled as Advocate in the year 1975. Initially practiced at Vijayawada along with Sri K.Ranganayakulu, Advocate. Shifted to Hyderabad in the year 1977 and worked in the office of Late Sri Amancharla Krishna Murty, leading practitioner in Industrial and Labour Laws.

Promoted as Sub-Judge in May, 1989 and worked at Khammam, Tadepalligudem, Assistant Directore of Law, A.P.Police Academy, Hyderabad.