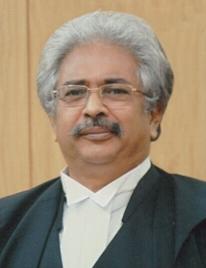 On account of father’s employment all over Andhra Pradesh although a native of Nellore Town, neither lived nor studied at Nellore. Father (late Sri K.P. Narayana Rao) was a distinguished and a legendary judicial officer during his time. After passing Law from Andhra University, enrolled as an advocate in August, 1976 and started practising as an Advocate in the chambers of late Sri E. Ayyapu Reddy, a Senior and leading criminal lawyer in the High Court of A.P., Hyderabad. The Hon’ble Sri Justice P. Swaroop Reddy was a colleague advocate at that time. Practised by and large on criminal appellate side for about 4 ½ years before appointment as a Junior Civil Judge in April, 1981. Underwent training at Guntur under his father late Sri K.P. Narayana Rao, who opened his service register. It is a unique case in the history of judiciary where a father opened the service register of his son. Promoted as a Senior Civil Judge in 1989. Appointed as a District Judge (Grade-II) in 1995. First batch of family court judges in the State of A.P. in 1995. Worked as a Senior Faculty Member, Andhra Pradesh Judicial Academy in 1996-97. Worked as Law Secretary, Legal Affairs from 2000 till 2004 and was in Full Additional Charge of the post of the Law Secretary (Legislative Affairs and Justice) from 2001 to 2004. Worked as Principal District Judge, East Godavari District at Rajahmundry and Y.S.R. District at Kadapa and also worked as Chief Judge, City Civil Courts, Hyderabad. Promoted as a Selection Grade District Judge in 2003. Elevated as an Additional Judge of High Court of Andhra Pradesh on 15.11.2010.

Hobbies are watching Cricket, Reading, Philosophy, Astrology, Telugu literature and English literature. Was known to possess leadership qualities right from school days. Was elected leader in the school days, college days and Post Graduate period and was considered to be a leader in the University although did not contest for any post as a student of BL. Wife Dr. A. Krishna Kumari, who is a Ph.D., in Law and General Manager in Law in M/s. GMR Companies, is the force behind, friend, philosopher and guide. Blessed with a son by name Chaitanya who has been an Engineer since 2003. Appointed as permanent Judge, High Court of A.P., and assumed charge as Judge on 19-01-2012 F.N. Retired on attaining the age of superannuation on the afternoon of 25-11-2014.