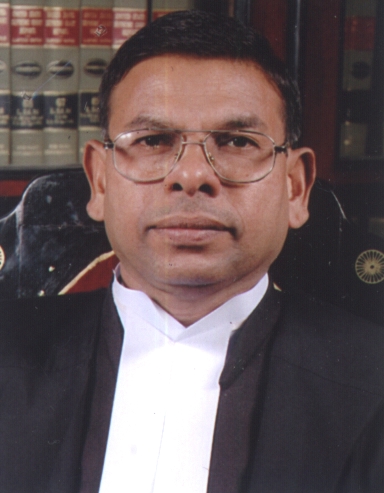 Born in an agriculturist family on 10.05.1954 in Timmapur village, Jannaram (Mandal), Adilabad District to Sri Gunda Beerpuri and Smt. Marthamma. He completed primary education, 1st to 3rd class at his native village and primary school at Timmapur. He completed the upper primary and secondary education i.e., 4th to S.S.C., from Z.P.H.S., Tapalapur. He completed intermediate and graduation i.e., B.A. at Government Arts and Science College, Adilabad. He completed LL.B., M.A. (Political Science) and LL.M. from Osmania University, Hyderabad.

Enrolled as an Advocate on the rolls of Bar Council of A.P. on 6.11.1980 and joined the chambers of Sri I.Venkatanarayana, who was later elevated to the Bench of A.P. High Court and now functioning as Chairman of A.P. State Consumer Disputes Redressal Commission, Hyderabad. On 8.4.1983, he was selected for undergoing training for a period of three years in Administration of justice sponsored by the Social Welfare Department, Government of A.P. and was allotted to the office of the then Government Pleader for Education, High Court of A.P., Sri Syed Shah Mohammed Quadri, who was later elevated as Judge of A.P. High Court, functioned as the Acting Chief Justice, was later elevated as Judge of the Hon’ble Supreme Court of India and who functioned as Chairman of Authority for Advance Rulings (Central Excise and Customs), New Delhi.

He functioned as Government Pleader during (1991–95) and 1999 to November, 2002 and dealt with cases relating to the Department of Social Welfare, Panchayat Raj & Rural Development; Finance and Planning, Labour, Employment and Training; Prohibition and Excise. During his tenure as G.P. for 2nd term, he dealt with the cases relating to Act 2/94 and F & P (FW PC III) Department, dated 22.4.1994 etc., relating to the regularization to services of NMRs etc. While functioning as G.P. for Prohibition and Excise, he assisted the Hon’ble Court in rendering remarkable decisions, including Full Bench Judgement relating to ‘Black Jaggery’ reported in 2002 (I) ALT 611 (F.B.), based on which recently A.P. Excise Act, 1968 was amended.

He functioned as Standing Counsel for several institutions during the following periods: ( i ) A.P. Scheduled Castes Co-Op. Finance Corporation Ltd. 1987 – 91,1995 – 99

He was nominated as Member of High Court Legal Services Committee for 2 terms for two years each time. He was also member of the Board of Studies in Law, Osmania University for two terms from 1999 – 2002. He was a member of Legal Services Authority before his elevation as Additional Judge of A.P. High Court.

Retired on attaining the age of superannuation on the afternoon of 09.05.2016.