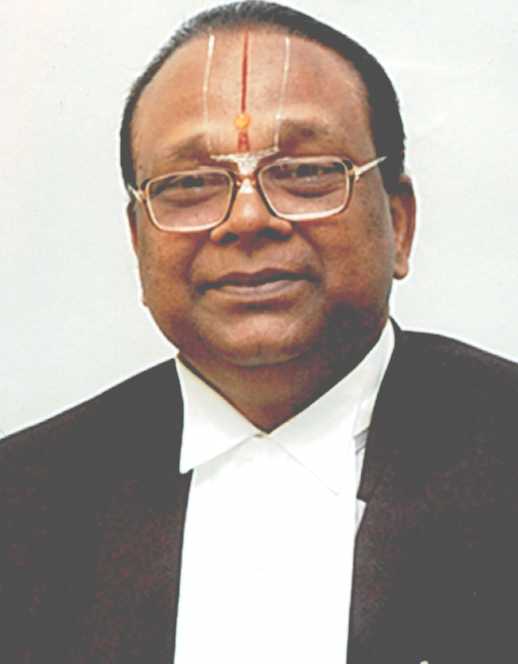 Born on 12-06-1951 at Bhimavaram Village of Medipalli Mandal, Metpalli Taluq of Karimnagar District. Had primary education at Native Place. Had High School education at M.P.H.S.S.(Multi Purpose Higher Secondary School), Jagtiyal. During 1969 Telangana Movement, he joined Central School, Colaba, Bombay. Pursued Intermediate Studies at Government Junior College, Koratla and did his graduation from City College, Hyderabad. Graduated and Post graduated in Law from University of Bombay. Practiced Law in Bombay. Enrolled on the Bar Council of Maharasthra and Goa on 17-11-1978. Worked as part-time Law Professor in Bombay from the Academic year 1982-83 to 1989-90. Resigned the said position in the year 1990 and shifted his practice to Hyderabad. He practiced in High Court, Ranga Reddy District Court, City Courts, etc. The Bar Council of India at New Delhi passed a resolution in his favour on 6th December, 1992, whereby it directed the Bar Council of Maharastra and Goa to send his proceeding to Bar Council of Andhra Pradesh and also directed the Bar Council of Andhra Pradesh to enroll him on its rolls from his original date of enrolment i.e., 17-11-1978.

In the year 1993, he was recruited directly as District Judge.

Providence has given him a devoted wife Smt. Srilaxmi, B.sc (Hons); B.Ed (Maths), who is born, brought up and educated in Bombay. She is a former teacher of Modern Maths, Physics and Chemistry of St. George’s Grammer School, Abids, Hyderabad the second anicient convent school in whole of south India and St.Joseph Public School, King Koti, Hyderabad. Blessed with 3 children.

(2) Gayathri, daughter, graduated in medicine. Married and settled in America. She is blessed with a son Gaurav. Providence has given him a son-in-law Ravikiran, Software, who is more a son than a son-in-law.

(3) Sreedhar Rao, son, graduated from National Institute of Fashion Technology and at present working with an international company in China as Sales Manager.